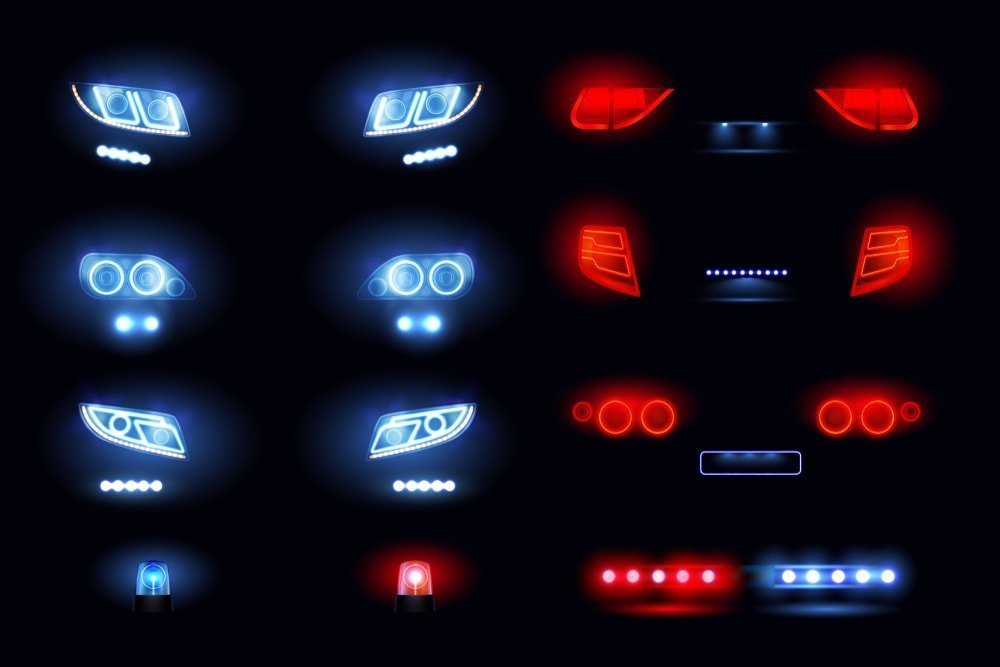 Car Tail Lights – When It Was a Style Statement

You know your car’s tail lights are important. But do they only serve that purpose? Obviously no, most car aficionados would tell you otherwise. A car’s tail lights might be one of the main factors defining a car’s design. The lights in the rear have predominantly been red, but the design though was not always blended in the slab of a rear-end body trim.

There was a time when the designs of the tail lights had special designs. This was often done to make the car owners feel special, the tail lights added a bit flair to the car of your dreams. This was before the time NHTSA was established in the ‘70s. After that, the changes started to roll in supplemented by the industry focusing on the aerodynamics of the car to increase efficiency.

If you are at all familiar with the designs of that era, then you will obviously know the iconic tail light cones from Cadillac in 1959. This design was remembered best for being on the 1959 Cadillac series 62 Convertible. Those cone tail lights are considered the epitome during the car tail fin era on classic cars. Those tail lights had a flush-mounted deigns, this made those tail lights easily grantable on the rear ends of cars.

Cadillac is widely considered as the pioneer for the tail fin era. If you ask any car aficionados, they will say that the tail fin era was at its peak during the ‘50s and ‘60s. They engineered the American obsession of the era. They have been even given widespread credit on all platforms, even Cars Land at Disneyland’s California Adventures gives tribute to the tail fins by naming the backdrop “Cadillac Mountain Range”.

Another iconic design came from the Edsel. This car is often the butt of jokes amongst car enthusiasts and historians. The Edsel Wagon in 1958 debut with directional arrows as tail lights. They used arrows pointing to the right on the left side and arrows pointing to the left on the right. So this meant that when anyone would use the turn signals the car would be indicating the opposite direction.

Another iconic tail light assembly was done on the Chevy Impala. The 1960’s lineup all came with a trio of tail lights on each side. The three simple globe design could easily be replicated into other vehicles like trucks and wagons and it did. This design eventually evolved into the flashing turn signal indicators for the car.

So you see, the humble car tail light was a style statement back in the day. People would look for new designs in the rear-end lights to set themselves apart. Nowadays you don’t have that craze. However, you can find many aftermarket tail light sellers selling designer tail lights and even custom tail lights.